We have not verified the validity of this video clip

Is the Establishment Planning a False Flag “Insurrection” for Inauguration Day? https://paulcraigroberts.org/2021/01/13/is-

Is the Establishment Planning a False Flag “Insurrection” for Inauguration Day?

The question in the title is legitimate in light of the extraordinary and unusal letter signed by all members of the US Joint Chiefs of Staff condemning Trump supporters for insurrection and calling on the US military to remain ready for another attempt at sedition on inauguration day.

In the Joint Chiefs’ own words: “The violent riot in Washington, DC on January 6, 2021 was a direct assault on the US Congress, the Capitol building, and our Constitutional process.”  https://www.rt.com/usa/512334-joint-chiefs-capitol-riot/

There was no riot, no assault on the Capitol, and no insurrection. As the videos show, there was no “storming of the Capitol.”  Police allowed rally attendees inside, and they walked in calmly in line.  (See, for example:  https://bigleaguepolitics.com/new-footage-shows-pro-trump-demonstrators-being-let-into-capitol-orderly-protesting-dubious-electoral-certification/ .)

Instead of insurrection, there was a defense of the Constitution by Americans protesting what they believe to be a stolen presidential election, the result of which is to consolidate power over the people in the hands of a corrupt Establishment.

The Joint Chiefs know this as do the presstitutes, Nancy Pelosi, and the members of Congress. So why are the Joint Chiefs warning of an insurrection?

One answer is to add to the blackening of Trump’s reputation.  The Joint Chiefs most certainly dislike Trump who intended to take away the “Russian enemy” on which the military/security complex’s budget and power depends.  Russiagate began immediately when Trump spoke of “normalizing relations with Russia.” The entire Washington Establishment hates Trump, because Trump said he was going to take power away from them and give it back to the people.  Go listen to his inaugural address.

Let’s hope the Joint Chiefs’ gratuitous letter is just payback and not preparation of the public for a false flag insurrection staged for the purpose of putting the latest domestic terrorism bill that criminalizes dissent on a fast tract.

It is easy for the Establishment to dress up Antifa and BLM in MAGA hats and send them on a rampage that the presstitutes with script ready in hand can declare an insurrection.  Or the FBI can use its provocateurs to create a situation.  Remember the aftermath of 9/11 and the advent of the domestic war on terror when the FBI organized homeless people and meth addicts in schemes to blow up buildings and then arrested them.  It was all done to prove to Americans that there was a terrorist threat justifying the PATRIOT Act and other police state measures.

The intention of the American Establishment is not only to destroy Trump but also to destroy or intimidate red state Americans into acquiescence.  Many who attended the rally have been fired from their jobs.  So, in “freedom and democracy America,” if you exercise your right to assemble and protest, your exercise of your civil liberties is grounds for being fired.  Paul Craig Roberts read more 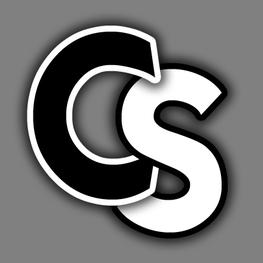 Jack Dorsey Announces His BIG PLANS for You!

VIDEO: GOP Rep. Marjorie Taylor Greene to Introduce Articles of Impeachment Against Joe Biden on…
That’s more like it! Let’s give them four years of what they gave us.

That’s more like it! Let’s give them four years of what they gave us.

Freshman Republican Rep. Marjorie Taylor Greene (R-GA) announced on Wednesday night she will introduce articles of impeachment against Joe Biden on January 21, 2021 over his abuse of power.

Biden’s son Hunter Biden is currently under investigation over the criminal contents contained on his laptop computer that was turned over to federal investigators last year.

Rep. Greene told Greg Kelly, “We cannot have a President of the United States that is willing to abuse the power of the office of the presidency and be easily bought off by foreign government, Chinese energy companies, Ukrainian energy companies. So on January 21st I will be filing articles of impeachment on Joe Biden.”

And for millions of Americans it will be the first time they’ve ever heard about Joe and Hunter Biden and their deals with China or Ukraine! Geller Report read more

Big Tech did not remove House Speaker Nancy Pelosi’s accounts when she called for “uprisings” against the Trump administration. Facebook and Twitter did not target Alexandria Ocasio-Cortez when she claimed that allegedly marginalized groups have “no choice but to riot.” These platforms did not act against Kamala Harris when she said the riots “should not” stop.

This week, Joe Biden condemned the Capitol rioters, saying, “What we witnessed yesterday was not dissent, it was not disorder, it was not protest. It was chaos. They weren’t protesters, don’t dare call them protesters. They were a riotous mob, insurrectionists, domestic terrorists. It’s that basic, it’s that simple.”

Yet he refused to speak in those terms when Black Lives Matter and antifa militants were throwing Molotov cocktails at federal buildings, setting up “autonomous zones,” and burning down cities. Instead, he condemned Trump for holding up a Bible at a church — without mentioning the fact that that very church had been set on fire the night before.

Despite this hypocrisy, Biden’s speech on Thursday proved instructive. Biden used the Capitol riots to condemn Trump’s entire presidency, accusing Trump of having “unleashed an all-out assault on our institutions of our democracy from the outset.” Biden twisted Trump’s actions into an attack on “democracy.” He claimed Trump’s originalist judges were a ploy to undermine impartial justice — when they were truly the exact opposite. Biden claimed Trump’s complaints about the Obama administration spying on his campaign were merely an “attack” on America’s “intelligence services.” Biden said Trump’s complaints about media bias constituted an attack on the “free press,” when the Obama administration actually attacked the free press. PJ Media read more