biden you are not my leader *strong language

Rumble — *Strong Language. Biden you are not my leader. You are not my ruler. You and your covid experts are nothing but wanna be covid dictators. You have accomplished nothing through your global plandemic wxcept cause unneeded hardship on those you are supposed to represent.

The Government and CDC Are Lying About Covid Vaccine. The Question is Why?

The Government and CDC Are Lying About Covid Vaccine. The Question is Why?

Members of Congress, their Aides and Federal Courts are Exempt from Vaccine Mandate!

President Biden issued two executive orders requiring vaccination against COVID for federal workers and contractors who work for the federal government. He also asked the Department of Labor to issue an emergency order requiring businesses with more than 100 employees to ensure their workers are vaccinated or tested on a weekly basis. But the mandates for federal employees do not apply to members of Congress or those who work for Congress, also not for the executive branch or the federal court system. Illegal migrants rushing across the border are not included in the order mandating Covid vaccines so, indirectly, they are exempt also. [It is fascinating how no one in the press corps asked the obvious question: “If the vaccines are truly safe and effective, why is anyone exempt?” Think about this matter…

FAUCI AND BIG PHARMA ARE NOT LYING THIS TIME

Rumble — What is going on? 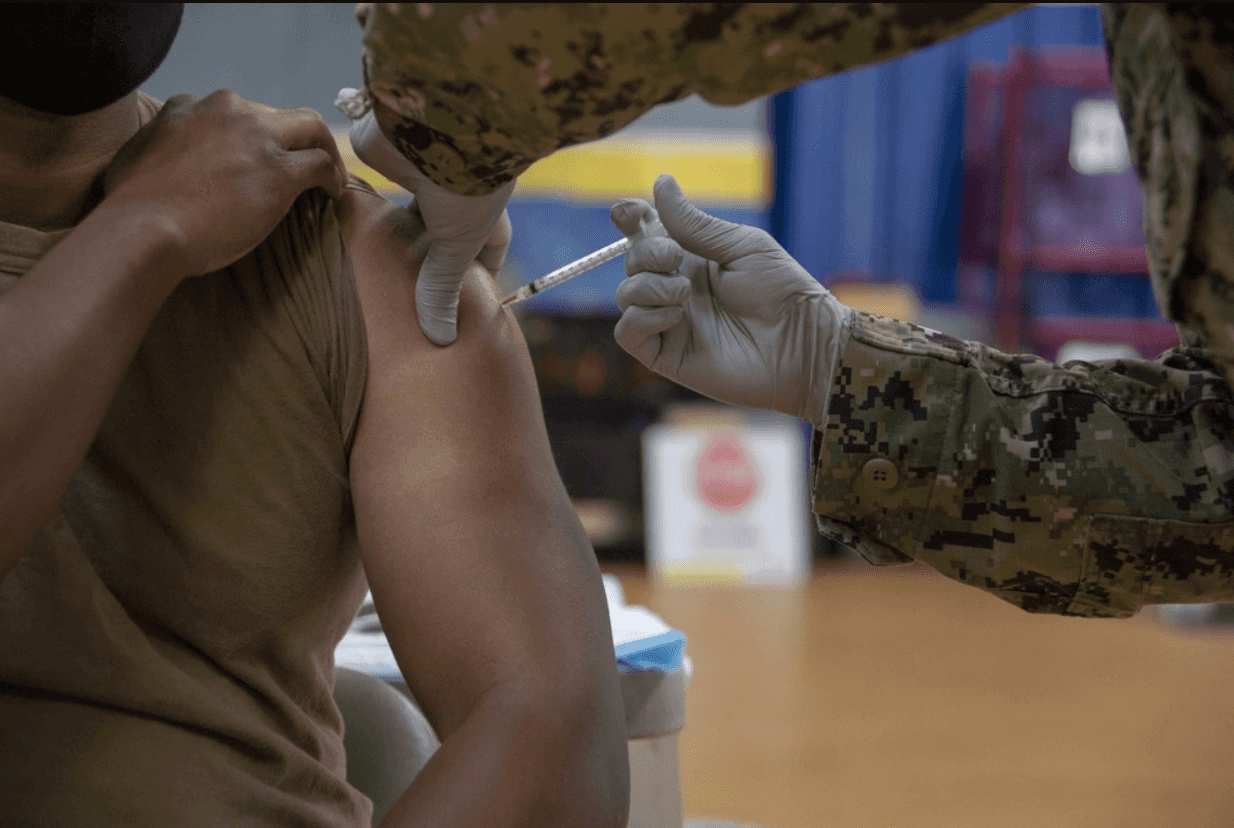 The U.S. Navy announced on Thursday it will begin halting reenlistments and transfer orders for sailors currently refusing the COVID-19 vaccines and active-duty sailors will have up until November 14 to either have an approved or pending vaccine exemption request or their second COVID-19 vaccine dose or they will face being discharged from the service. Sailors in the Navy Reserves have until December 14 to receive their second vaccine dose.

IMO It’s not about life, death or the general welfare. It never has been. It;s about the vaccine. Like the Green New World a money and power grab.

The perimeter has been drawn in.

The Bear, the Dragon, and the desert Jackals greedily snarl and consume the discards, the Abandoned and the Betrayed.

Yet the picket line is undefined, unsecured, and the Jester fiddles and mocks his charges with disdain, blaming them for his failures, and gaslighting the Masses.

The Puppeteer smirks behind his facade, as his Minions wait in the wings for the nod to return to their chaotic games in the Town Square. The fruit of his guile ripening in the tribal fields which he once plowed. He patiently awaits a post American world.

War does not cease because you walk away. An unvanquished Tyrant is not content to feed upon your morsels.

The Jackals sleep within your walls. The Bear has entertained your children with song and dance for generations, . And the Dragon deeply inhales the flame of Liberty’s torch, which flickers and smolders.

We can’t erase the past – so why can’t we respect what our past is and not repeat it. The cities where these statues are being torn down should put them in a museum to remind people of the past. BLM/ANTIFA were not part of that history and are repeating what the past members did by repeating those same mistakes. It is called respect not hate. We have come a long way and the Democrats are trying to rekindle the hate of the past to control the left.

None of us were a part of the past hate – so why would you repeat it by this:

MORE THAN 40 feet off the ground and weighing 12 tonnes, the colossal bronze statue of Robert E. Lee astride his horse that has stood on Monument Avenue in Richmond, Virginia, for 130 years was…