A dark academic ideology formulated in the 1970s is at the center of political debate today. And it will destroy the USA. Op-ed.

I took a few days off because the current homosexualist political atmosphere made me want to puke.

At any rate: The Communist, debaucherous, filthy, disgusting pigs are teaching your children how to be sexual deviants at 10 years old and they are pushing through a bill to teach this grotesque sh’t to Kindergartners who are 5 years old. Why? Because the Leftists are a bunch of homosexualists, pedo’s, political homosexuals, ‘golden shower’ loving, feces-sucking pigs and want YOUR children to be the same way.

Here is the video:

4th graders are 9 years old. What the hell do they know? This is why kids can’t read, write or put 2 and 2 together. We are raising another generation of retarded dummies.

You could say most Americans left race behind years ago but Leftists keep pushing everything based on race.

It’s amazing that Mitch McConnell pulled off another win as The U.S. Senator from Kentucky.

The Republicans spoke on their own infrastructure plan and are expected to introduce their counteroffer to President Biden’s plan later this week. (Photo by Kevin Dietsch/Getty Images)

McDonnell must donate his chin skin to the Schriners Burn Hospital for new skin grafts for poor little children.

The raw and unfiltered President Trump is the best Trump.

President Trump endorses Mo Brooks for the Alabama Senate seat; and smacks Mitch McConnell and his Decepti-Con crony Richard Shelby in the process.

He moved to Huntsville… 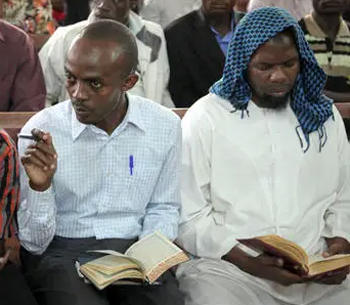 On This Day…
Jul 11, 2010: Kampala, Uganda
Quran-lovers are on trial after slaughtering
dozens of World Cup watchers: 74 Killed