God didn’t deliver for President Joe Biden, who recently begged “the Lord” to help him erase the congressionally approved immunity that gun-makers have from lawsuits.

In a little-noticed decision with a major impact on the firearms industry, a federal judge in Arizona has ruled in favor of pistol manufacturer Glock and dismissed a suit brought by the Brady Campaign to Prevent Gun Violence on behalf of a man who was accidentally shot and paralyzed.

The constitutional right of Americans to bear arms has become a flash point in the presidential contest between Democrat Hillary Clinton and Republican Donald Trump. Photographer: George Frey/Bloomberg via Getty Images 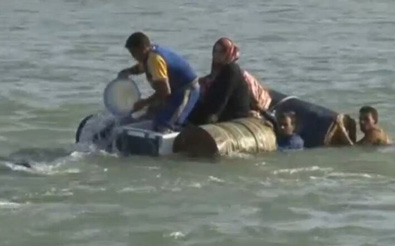 On This Day…
May 11, 2017: Sallamiya, Iraq
Civilians trying to flee the caliphate
are picked off easily by snipers: 64 Killed