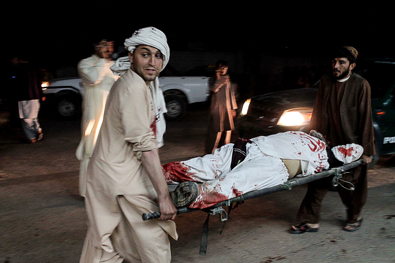 On This Day…
Mar 23, 2018: Helmand, Afghanistan
A family is among sixteen lives claimed by
fundamentalists at a wrestling match: 16 Killed

Some folks believe that Vlad is big deal because he knows jiu jitsu and there is a photo shopped image of him riding a bear.

Joe couldn’t find the ji jitsu ring if he were put in the middle of it.

Slow Joe wears his underwear on his head because he doesn’t need them anywhere else.

As far as riding a bear is concerned, Joe couldn’t ride a tricycle without tipping over.

If he were twice the man he once was he would be twice the old reprobate he is today.

A very difficult skill to master even for a former KGB agent.

Vladimir Putin is a Christian and would there fore be unlikely to go with the nuclear option against the United States.

As far as North Korea is concerned its leader could care less, had bad hair and is…