Psaki Gets Testy with Reporters when Confronted on Border Crisis, DHS’ Refusal to Confirm Number of Unaccompanied Minors Detained (VIDEO)

By Pamela Geller – on

What the Democrats have done to this country using the China flu is a crime against humanity.
CDC Says Fully-Vaccinated People Can Gather Without Masks

Quick note: Tech giants are snuffing us out. You know this. Twitter, LinkedIn, Google Adsense permenently banned us. Facebook, Twitter, Google search et al have shadowbanned, suspended and deleted us from your news feeds. They are disappearing us. But we are here. Help us fight. Subscribe to Geller Report newsletter here — it’s free and it’s critical NOW more than ever. Share our posts on social and with your email contacts. 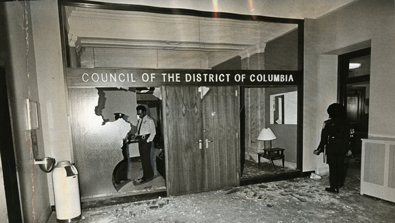 THE RADICAL LEFT EXPOSES ITS CRAFTING OF THE COUP

There was nothing good about the left’s stealing the election with the possible exception of there was no blood shed.

We can thank the union thugs who participated in the coup.

My way will be to look for the Union Label and not buy anything they make, knowing full well that it will cost me more.

“The Secret History of the Shadow Campaign That Stole the 2020 Election.” (1) Wow.

They are finally admitting that Democrats stole the election.

Then I realized that the title said “Saved,” not “Stole.”

I quickly brushed off my faux pax and started reading.

The author, Molly Ball, describes, in 6,963 words, how the America-hating cabal of leftist radicals, billionaires and never- Trumper’s plotted, connived, schemed, lied, cheated, lawyered, and rioted their way to pulling off the biggest election fraud in the history of our country, the theft of the American presidency with millions of fake votes.(2)

Ball clearly romanticizes the efforts of this radical-left alliance, but the details were damning nonetheless.

Ball identifies Mike Podhorzer, a senior adviser to the president of the AFL-CIO, as the architect of the plan to get President Trump out of office.

Podhorzer was the overseer of the shadow campaign which “touched every aspect of the election.”

This article was actually a medical intervention for Podhorzer (“Pod” to his friends) and the other demigods who helped him carry out the steal.

The Most Evil Element Of The Plot

All of a sudden America was the most racist country on the planet.

A lie. (14) White cops were murdering unarmed black men every day. A lie. (15) Whites were racist simply because they had white skin.

That’s racist. There was so much feigned outrage. Self-loathing whites literally got on their knees to BLM and apologized for being white. True.

The figurehead for this racist America was President Trump, and the 80 million people who would vote for him were wearing hooded white sheets.

* “The racial-justice uprising [riots] sparked by George Floyd’s killing in May was not primarily a political movement…” but the organizers “wanted to harness its momentum for the election.”

BLM co-founder Patrice Cullers said her primary goal was to get Trump out of office.(16)

That’s political. Ball confirms, several times, that the people who started the protests [riots] were a “key part” of Podhorzer’s radical alliance and that his  posse“ drew energy from the summer’s racial-justice protests [riots], many of whose leaders were a key part of the liberal alliance.”

“Many of those organizers were part of Podhorzer’s network, from the activists in battleground states… to organizations with leading roles in the Movement for Black Lives.”

* Violence is hard work. BLM got an assist from Antifa, those skinny white boys in skinny black jeans.  Five months of sustained rioting followed, brought to us by the Siamese Twins of Domestic Terror.

I am convinced they were taking orders from Starship Podhorzer and his shadow. The riots were planned, financed and organized across state lines. This was the most vile element of the plot.

The first few weeks of rioting may have just been BLM doing their thing, making money off the bodies of dead black men. (17) But Democrats saw their value leading up to the election and after. (18) Democrat governors and mayors allowed them to continue. (19)